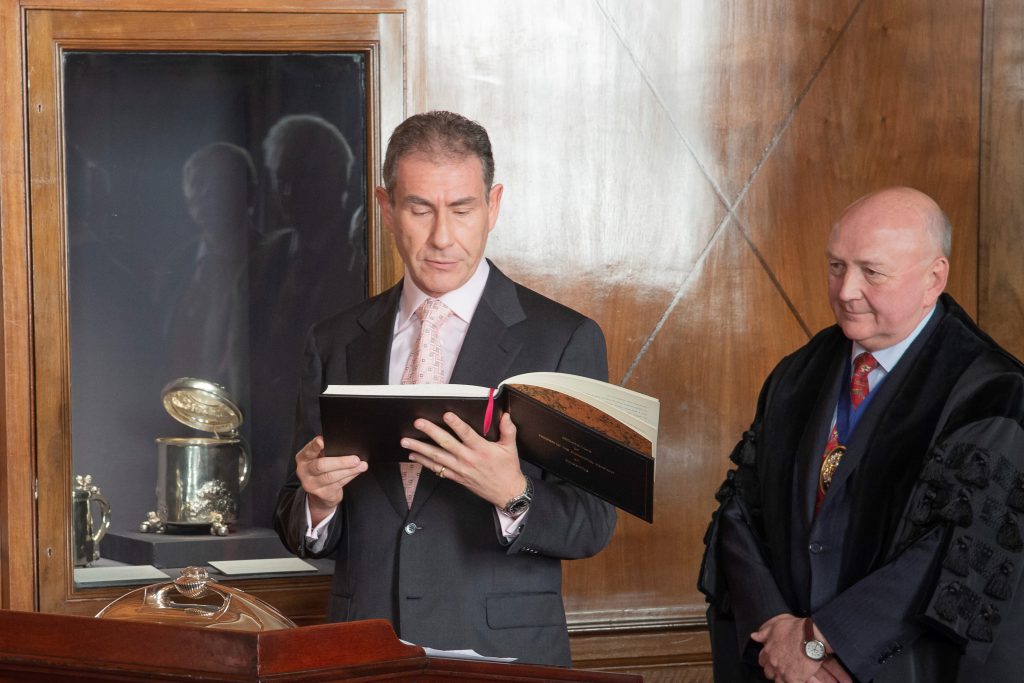 My husband, our founder Maurice, has finally sworn to obey.  After nearly 30 years of marriage, I never thought I’d see the day.  Honestly, there he was taking a solemn oath to be obedient, in front of a room of witnesses, only problem being there was no mention of me!  He swore an oath, that goes back to 13th century, to be obedient to the Mayor of this City and to keep this ‘city harmless’.

Maurice is now a Freeman of the Worshipful Company of Goldsmiths, an ancient guild; although as far as I am concerned, being a free man is nothing new to him.  Still, this was part of a Freedom Ceremony and I had never realised that in the feudal society of medieval England, being a free man of a guild, meant protection from the excessive taxes and rents that could be imposed by the barons, lords and knights.  In many ways guilds were early examples of communities of entrepreneurs, practicing their trade together.  As a community, these guilds looked after their members, helping those who were sick, disabled or left orphaned; and just as we believe in purpose, so they believed their purpose was to ensure the best working conditions for their members.  Were they our early exemplars of doing good to do well?  Certainly, they saw helping others and doing no harm as an intrinsic part of their DNA, as do we here at EG.

So, as much as I would have loved a public swearing of an oath of obedience to me (little hope of that I fear), it was a privilege to witness this historic ceremony and to see Maurice formally join an ancient guild that is carrying on the tradition of marrying business with purpose.